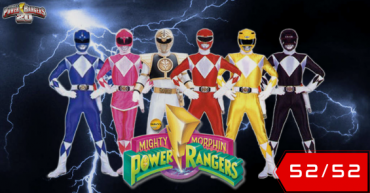 Season two picks up directly where season one left off, with the Rangers facing off against the evil Rita Repulsa and her wicked schemes. However, a new villain, Lord Zedd (Edwin Neal), is introduced. He seals Rita back into her dumpster and takes over as the main villain for the Rangers. Tommy (Frank) loses his powers as the Green Ranger and later becomes the new White Ranger, as well as the new leader of the Power Rangers. Jason (St. John), Trini (Trang), and Zack (Jones) resign as Power Rangers to participate in a teen world peace conference and are replaced by Rocky DeSantos (Cardenas), Aisha Campbell (Ashley), and Adam Park (Bosch) respectively. Later, Rita returns and tricks Zedd into marrying her, and they face the Rangers as a team. Bulk and Skull (Schrier and Narvy) begin an endless hunt to discover the secret identities of the Power Rangers.