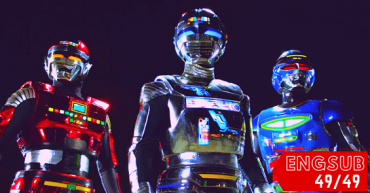 In college studying archaeology, Dai Sawamura deciphers the symbols of the Nazca Lines in Peru. Impressed by this feat, the Galactic Union Police (銀河連邦警察, Ginga Renpō Keisatsu) recruit and train him to be Earth’s third Space Sheriff.

He’s given the code name Shaider in memory of an ancient warrior who defeated Emperor Kubilai and brought down his Fuuma Empire 12,000 years ago. When Fuuma returns, Dai is deputized as he returns to Earth to battle Fuuma.

the last seen of those original shaider