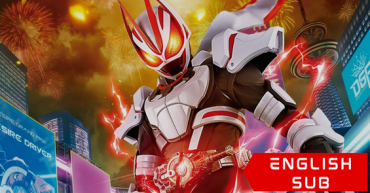 Kamen Rider Geats is an upcoming Japanese Tokusatsu drama in Toei Company’s Kamen Rider Series. It is the fourth series to debut in the Reiwa Era and the thirty-third overall. The series is scheduled to premiere on September 4, 2022, joining Avataro Sentai Donbrothers in the Super Hero Time lineup after the finale of Kamen Rider Revice. 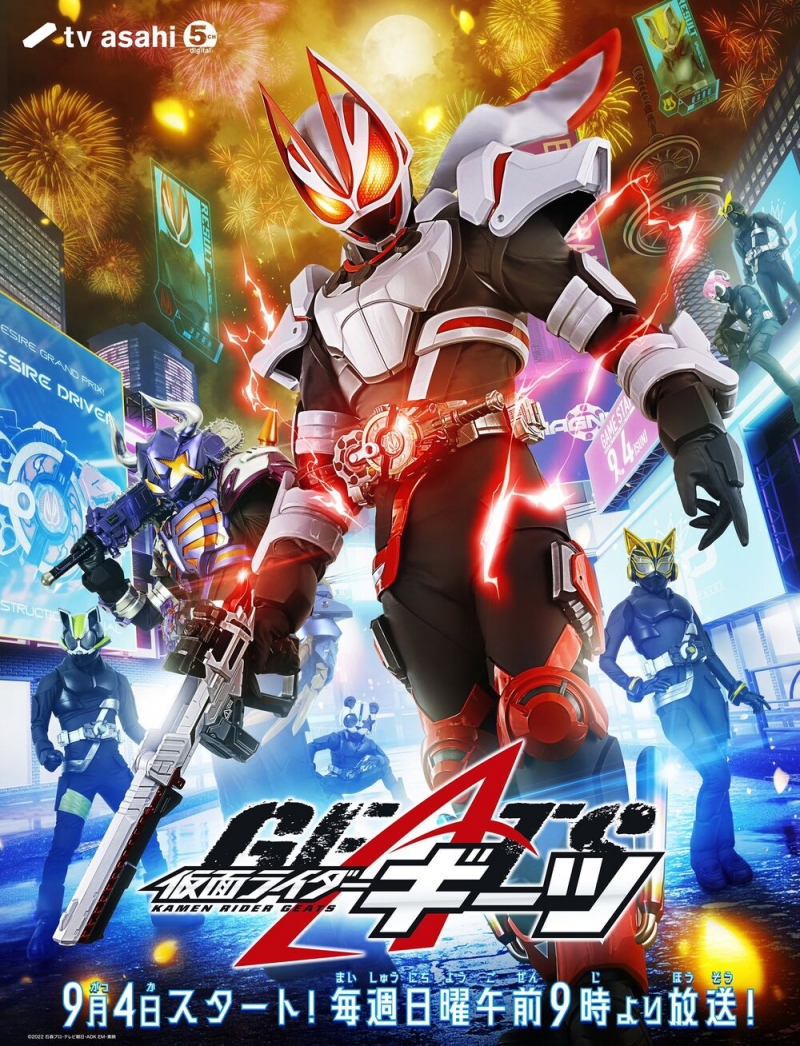 The series catchphrase is This game ― The winner of the end is me (このゲーム―最後に勝つはだ, Kono Gēmu ― Saigo ni Katsu wa Ore da) 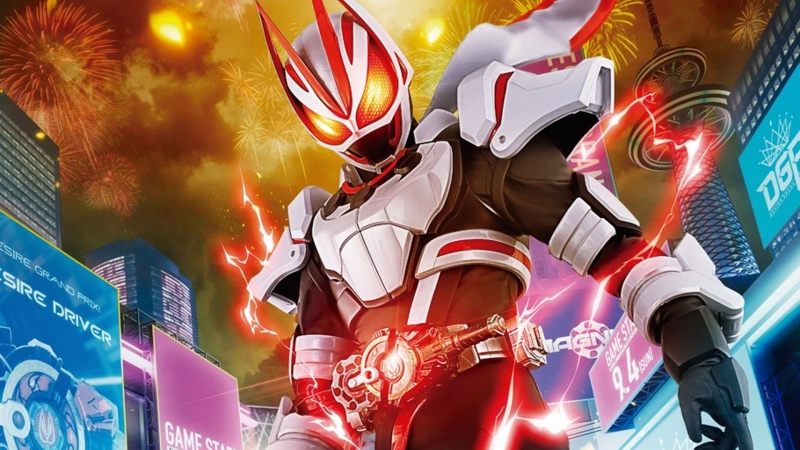 Toei Company confirmed and filed the trademark for Geats on May 31, 2022. On June 26, 2022, the copyright trademark updated to reveal the official title card of the show.[5] Advance screenings of Kamen Rider Revice: Battle Familia revealed a September 4, 2022 premiere date for Geats along with a short story teaser.

A press conference was held on August 7, 2022, revealing the main cast members as well as the theme song artists. 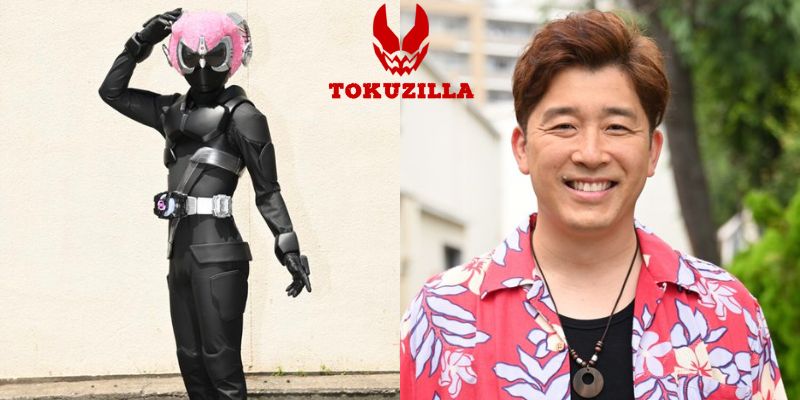 *Kamen Rider Dapan– the Panda Rider- named Kanato Sumida is a Rider with a cute face covering his scary behavior. Dapan is portrayed by Ryunosuke Miyamoto.

*Kamen Rider Shiro– the Polar Bear Rider with the civilian identity of Takeshi Gotokuji is said to be a speedy warrior with a strong sense of justice. Shiro is portrayed by tokusatsu veteran Yamato Kaneshiro, best known as Nossan/Kyoryu Blue in Zyuden Sentai Kyoryuger. 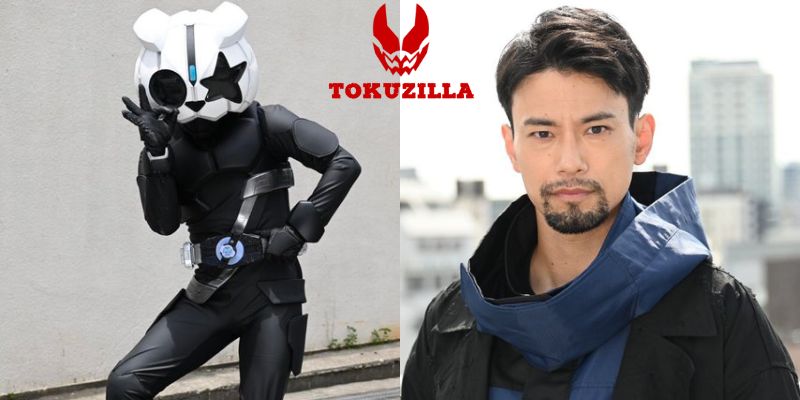 *Kamen Rider Ginpen– the Penguin Rider is the oldest participant to date; a company executive named Takato Taira with a link to Kamen Rider Tycoon. Ginpen’s actor is Tomoharu Hasegawa.

how long does it take for new eps to be subed in english ?

Why aren’t they subtitled? The newest episode isn’t coming with subtitles

I can’t see the video player at all, anyone know how to fix this? I don’t even have any adblock on.

You can watch well with Chrome browser.

Cuz while their supposed family circumstances are the opposite, Neon still resonates with Ace’s original wish personally whether she decides Ace is being truly genuine or not because from what she sees, Ace truly loves his mother if he’s been playing the DGP for so long and love is a concept that resonates with her. Also Ace’s supposed relationship with his mother is something she subconsciously desires with her own mother instead of being an obedient doll for her.

According to Kamen Rider Wiki, his name is Archimedel. I don’t know why he’s feeding the Core IDs of eliminated DGP players to premature Jyamato or why he wants to destroy the DGP. It barely gives any info.

Because the show is still in progress

i love this show

Is great to see Tycoon back in action, seeing him and Geats fight side by side was the best scene for me. Also when they escaped from the mansion it reminds me of Dead by Daylight when you have to open the doors and escape the killer.

WHY IS THERE NO SUBTITLES?????

good episode could be better

so they are feeding the riders that die to the jyamato

OH SNAP!!! this is getting crazy and dark ASF. creepy old dude making monster babys and riders cores and everyone is after ACW

GEATS is really something. No such thing as winning too much or losing just is what it is

man keiwa is literally the mc lmao the amount of screen time the epic power up in the end? he reminds me of takemitchy from tokyo revengers everyone might outclass him but that doesnt change the fact how awesome he is

Geats so much better than Revice

You predicted it right.

Yes she has, and we are so proud of her progress through the DGP.

i hope next will be keiwa Fukatsu!

Punk Jack was better when he didn’t talk.

I mean when he was playing a staff member stand in he was supposed to act all stoic and bland because he’s not supposed to do anything that makes him recognizable including body language. It’s an anonymity thing. How that he’s being sent in as an official player rather than as staff he can do what he wants as long it doesn’t compromise management.

You mean when he didn’t have any character and was essentially a very bland NPC with minimal programming?

The way I said it was less insulting but yeah.

hoping keiwa will back in the fight please 🥺🙏

I hope so too

There’s no subtitles for this episode?

I was expecting Keiwa to be the game master for some reason.

So its obvious by this point Aces wishes have always been to continue the DGP with all participants resurected at the end, the Fox loves his games clearly but to what end i wonder?

I wonder if those defeated become “staff” members?

What if those defeated are being reborn into stronger jyamatos

I knew damn well the waiter is the game master

If Keiwa really is gone for good I don’t know if this will be worth watching anymore.

Nah!! He will be back on the next round of DGP because he was injured, so he has to rest to ready for new round like Buffa

Granted Keiwa lost his rider qualifications, I still feel like this isn’t the like time we’ll see him or even some of the others who lost their qualifications.

Hey, we finally got subtitles for the song! I can now see why it took so long, and just a few seconds and I can tell the wait is worth it

Finally, I can understand the intro song. 🙂

what also revice didn’t have a ending theme

This episode 8 is fire o.o
I thought the most stupid wish gonna win

oh come on keiwa is already have a perfect match of ninja buckle and he lost in final round, it his first time using ninja buckle really.

geats is good so far

Honestly not sure about the writing with geats, its all over the place just like saber was with really paper thin plots

XD your a retarded minority. just enjoy the show tree nigger and stop trying to insert your sjw plots in it.

How tasteful. They’re wrong, but that does not justify spamming slurs at them. and what does SJW have to do with them not liking the writing?

Reply
Bbc for your mom
Reply to  rorschach

LoL he didn’t even mention shit about anything sjw Project much?

No one asked your opinion, btw.

uhhhh let me be clear, i love cock and balls

idk what you’re talking about? The writing is actually way better than the past 3 seasons

The plot is thicken and this guy complaint. Bruh wanted this to end in 10 ep.