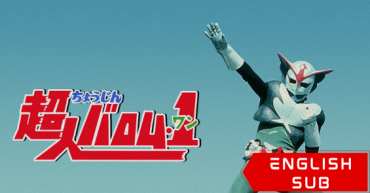 Chojin Barom One, or Superhuman Barom 1 is a live-action adaptation of a Japanese manga series written by Takao Saito, produced two years after the comic was originally released. It stars Hiroyuki Takano as Gentaro Shiratori and Hiroki Izuka as Takeshi Kido, the two protagonists.

One night, a monster comes out from a lake and starts attacking the childhood and born-in-the-same-day friends Takeshi Kido and Kentaro Shiratori.

When the monster is about to kill both of them, a thing called Kopu calls and tells them that they are the chosen to protect the world from the evil creature, Doruge.

Kopu gives a radar to Kentaro and Takeshi and the ability to transform into the powerful superhero, Barom One by joining their hands. Now both boys must destroy the monsters possessed by Doruge.