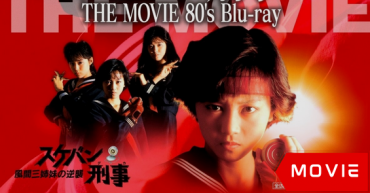 The movie was followed by Sukeban Deka II in 1988.

After the events of the Sukeban Deka II TV series, the now 18-year-old Yoko Godai has abandoned her special agent Saki Asamiya name to return to her normal life and is studying for college entrance exams.

However, she accidentally bumps into a young man named Kazuo Hagiwara escaping from a group of hitmen, and learns that he comes from Sankou Academy, a private school located in a remote island known as Hell’s Castle.

The school is ruled by the evil headmaster Hattori, a terrorist who is trying to brainwash students into his loyal agents. They are then attacked and captured in a bus driven by Sankou Academy henchmen, who proceed to submit Saki to electric torture, but they manage to escape.