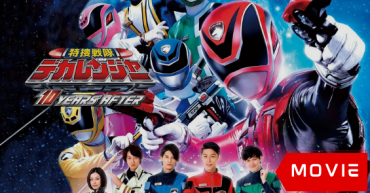 It has been ten years since the death of Agent Abrella at the hands of the Dekarangers but things have not improved even with him gone.

However, Doggie Kruger is found guilty of multiple murders and has been branded an Alienizer; forcing Banban Akaze to return from the Fire Squad to investigate.

Like the previous 10 YEARS AFTER movie, this takes place in the continuity of the TV show and is set 10 years after the events of the final episode.

, there are no events or circumstances that necessarily contradict the Dekarangers’ appearances in crossovers with other shows, unlike the previous 10 YEARS AFTER movie.