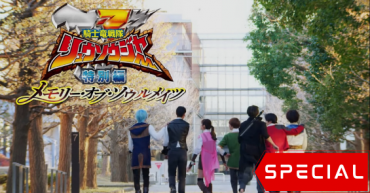 On December 6, 2020, Toei announced on their website that the movie would premiere in a Sentai-centered triple-bill with a movie of film featuring a “new Sentai” (later revealed to be Zenkaiger and the previously unreleased Kiramager summer film on February 20, 2021. [2]