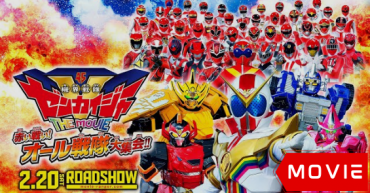 Kikai Sentai Zenkaiger The Movie: Red Battle! All Sentai Rally!!  is a movie for Zenkaiger. It released on the 20th of February 2021. It sees the Zenkaigers teaming up with the previous Sentai Reds.

On December 6, 2020, Toei announced on their website that the movie would premiere in a Sentai-centered triple-bill with a new Ryusoulger film and the previously unreleased Kiramager summer film on February 20, 2021.